Welcome to all the new followers! 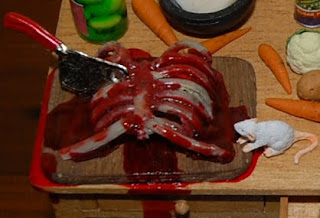 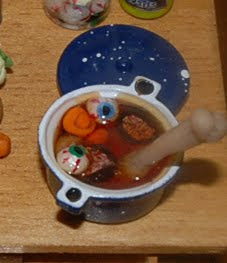 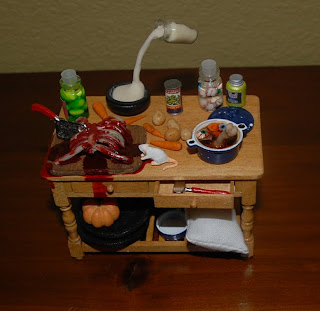 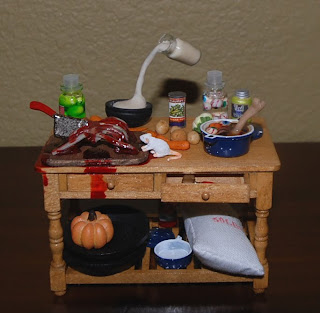 I've got this listed on my Etsy Here. This is an OOAK Kitchen Prep table filled with ooky spooky things!
It is titled "Making Graveyard Stew" and has a yummy pot of graveyard stew being stirred with a rather icky bone, A human (?) rib cage that seems to be picked clean, hand made carrots and potatoes, dragons eggs in a jar, a jar of eyeballs, a jar of toads warts, and a spooky self pouring jar of some glow in the dark substance ;)
Underneath, is a couple of platters, a pot, 50lbs of potatoes, and some raspberry goop, and in the drawer lays a meat mallet.

The only item glued down is the cutting board and ribs but, the rest of the items are movable.

I've been making a tone of stuff for my haunted house that I'm almost done with, and I actually had such a blast making the kitchen island, I decided to make another one. This one is up for grabs!
Posted by mininut7 at 12:41 PM 8 comments: 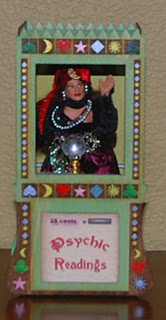 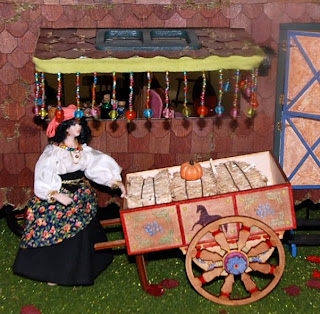 A big Hi & Welcome to all the new followers!!

I've been trying to get the fine details and the important little bits (that have to be completed before assembly)done. I'm actually getting excited and at the same time board. Most of what I still have to do is not any of my favorite stuff. So, what did I do? Yep, I wondered off into another venture from my overly busy mind and started making a scratch built "Dark Lords Time Machine" It's really all bits of lumber, and Steampunk bobs at the moment but, I will get some pics up in the next couple of days!

In the mean time, I got the most fabulous kits from Michelles Miniatures at michellesminiatures.com
A fortune Tellers Booth wher Lucretia is now visiting, and a Gypsy's Market Cart that Cosmina is thrilled about!

Michelle also has THE most amazing Laser cut Gypsy Wagon which is on my wish list! Have fun!
Posted by mininut7 at 5:59 PM 3 comments: 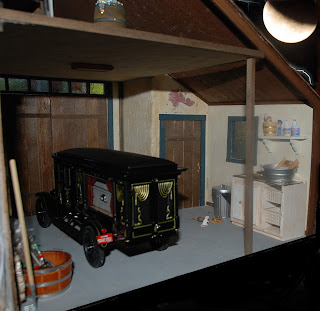 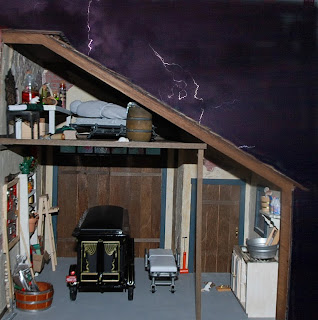 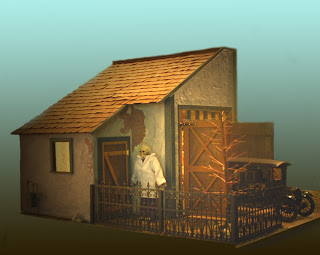 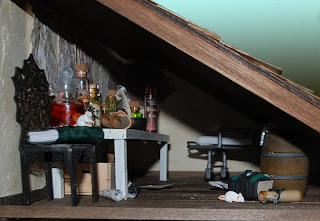 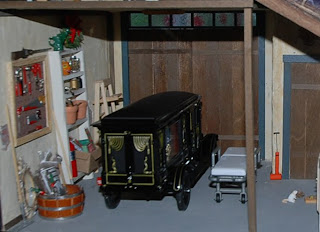 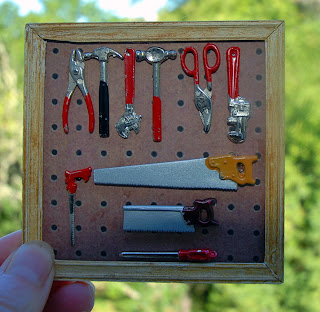 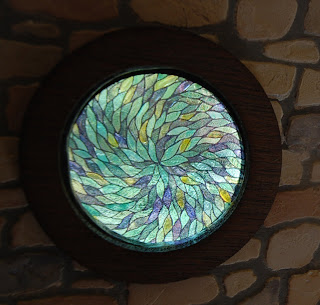 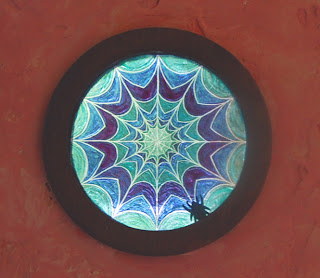 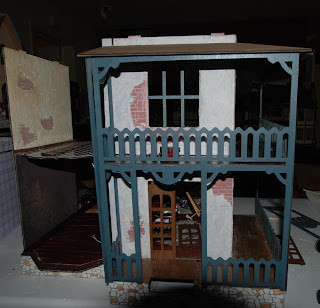 Here at 667 Hemlock Hollow lives the Toten family.
Mr. Toten is a Mortician by day, and an Alchemist by night.
He and his wife fancy themselves as a modern day John Dee and Edward Kelly but, I think the truth is, they are far from being that accomplished. Mrs. Toten is the "Seesayer" & Channeler, and spends much of her time connecting with the other side.
Quite sadly, during one of Mr. Totens re-animation experiments, it backfired on he and his family. They would be long past dead however, their old bones are still animated and live on conducting their operations, as well as Mr. Totens obsession with re-animating the dead. Yes it's a bit Frankenstein-esque but, I believe that is why he became a mortician in the 1st place.

On the left is Mr. Totens Garage where he salvages body parts, and hauls them upstairs in the garage's loft to attempt at giving them a new life. It is not known if Mrs. Toten is aware of his hobby but, the neighbors have noticed the strange smells for ages.

They have quite an issue with rodents since Ghost (their beloved cat) incarnated into energy, and is no longer very effective at mousing. It seems the mice have overthrown the house, but still, the family attempts full rodent emancipation by poison's or by trap.

Well, it once was a fine home now a bit run down. I suppose it works for them. No one dare come within 100 yards of the house.
All the better to cut them up!

A big welcome to all the new followers!

I have been trying to get my Haunted House finished but, I can't rush it. Everything needs to be perfect :)
I'm creating it out of the Greeleaf Tennyson kit.
Here are some very rough pics of it in the early construction phase and a couple of stained glass windows I created for the ole house.
Posted by mininut7 at 9:12 AM 10 comments:

I've been trying to figure this one out too...
Posted by mininut7 at 12:46 PM No comments:

I've been trying to figure out how to do this...

More pics of the Howling Hat Shoppe for you! 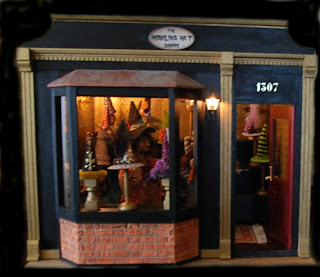 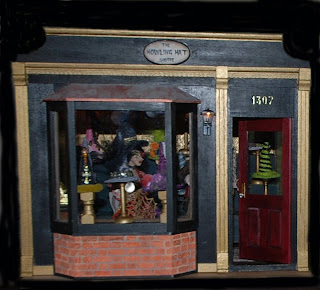 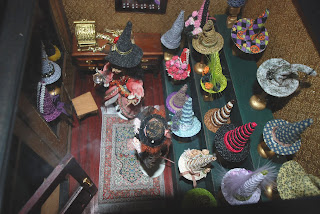 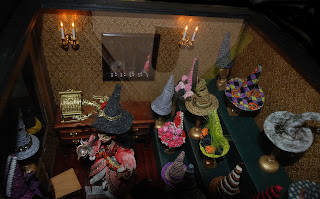 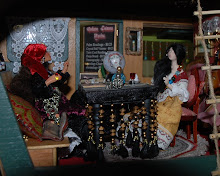 mininut7
California, United States
I'm Monica! Welcome to my mini blog :) I'm yet one more addicted miniaturist always building or making something in one inch scale.

You are The Magician

Eleoquent and charismatic both verbally and in writing, you are clever, witty, inventive and persuasive.

The Magician is the male power of creation, creation by willpower and desire. In that ancient sense, it is the ability to make things so just by speaking them aloud. Reflecting this is the fact that the Magician is represented by Mercury. He represents the gift of tongues, a smooth talker, a salesman. Also clever with the slight of hand and a medicine man - either a real doctor or someone trying to sell you snake oil.